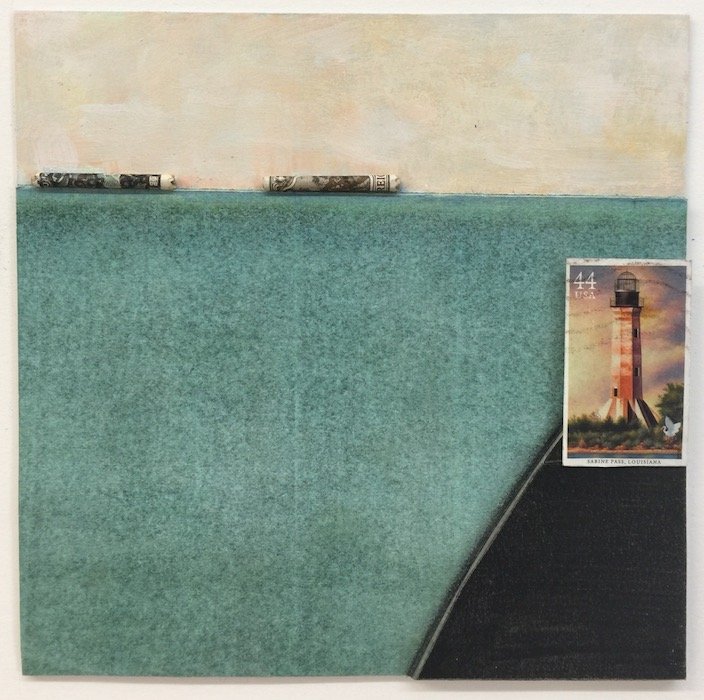 The local freshwater creek known as Ten Mile River has long fascinated Minnesota native Richard Aakre. “That region of the Upper Delaware, where two rivers meet, where I have found small shells, gone fishing and spent hours observing the wildlife, is an inspiration to me,” he says.

“Many stamps came from my uncle, who lived an exciting, intriguing life even though his official occupation was accountant. As a result of his work during World War II, and his travel, he amassed stamps from European countries. I admired the quality of the engraving and was haunted by some of the images. Since the stamps are small, the collages that contain them are small. Each collage contains one or more stamps, often repurposed by slicing, or tearing, or being painted over, but on occasion they are so beautiful, they speak for themselves.”

Aakre was born in Duluth and grew up in the northern lakes region of Minnesota. He earned an MFA from the University of Iowa and has exhibited his work at galleries in Minnesota and New York City where he lives. He has spent the last 25 summers in the Narrowsburg area. 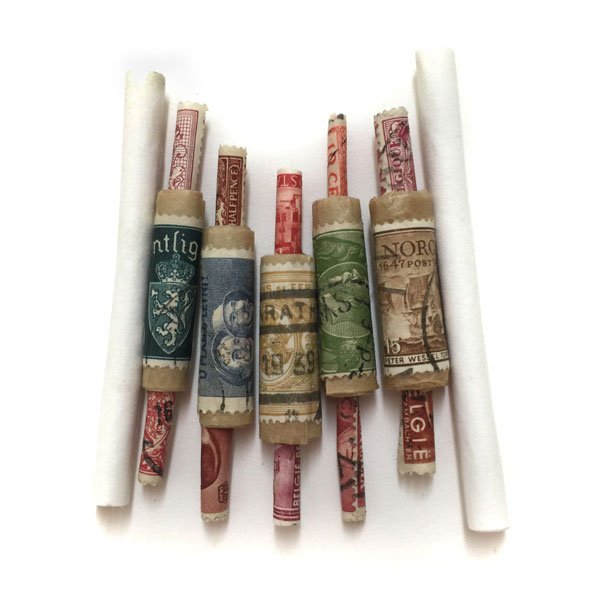 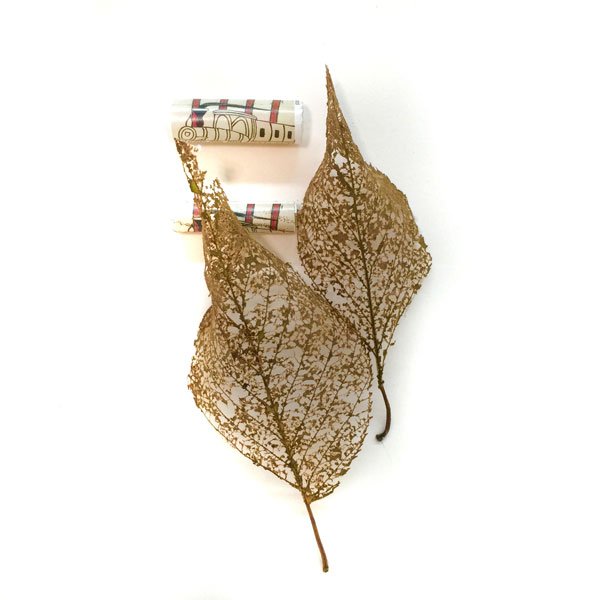 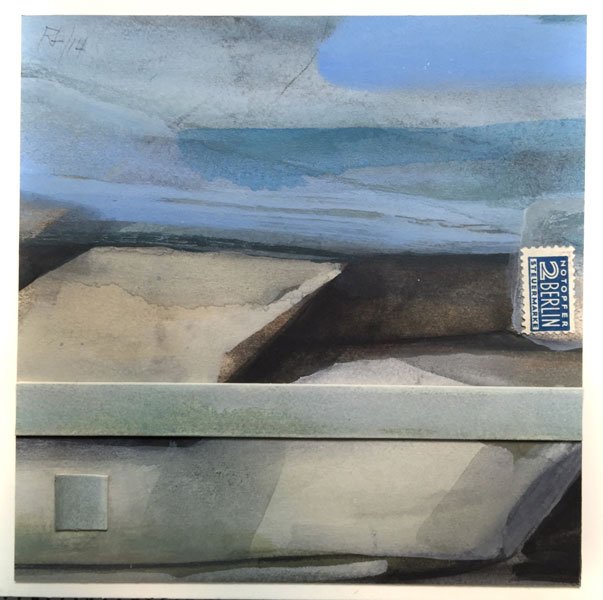 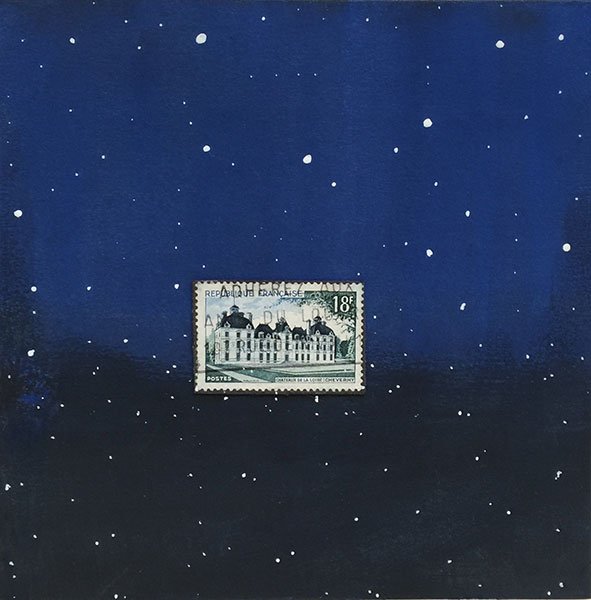 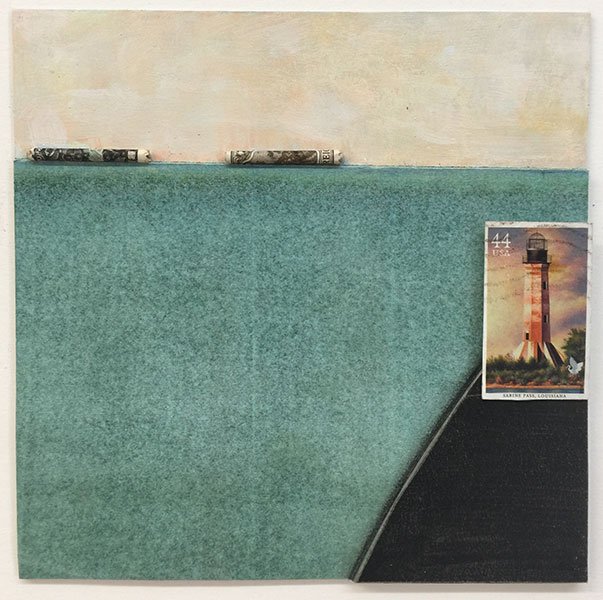 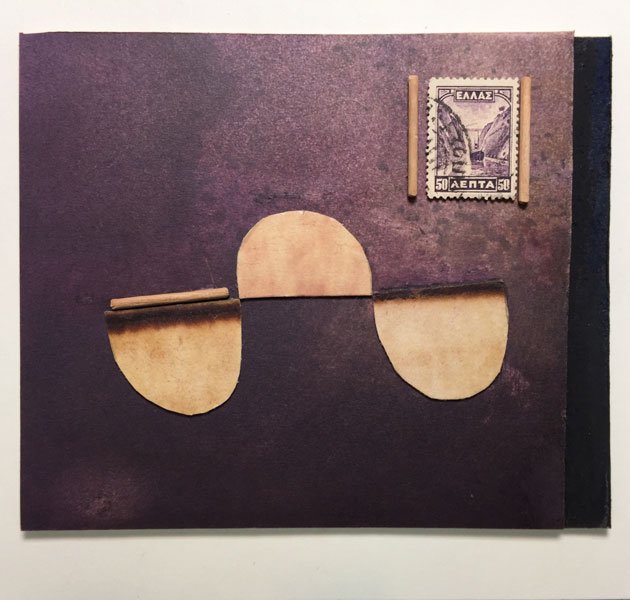 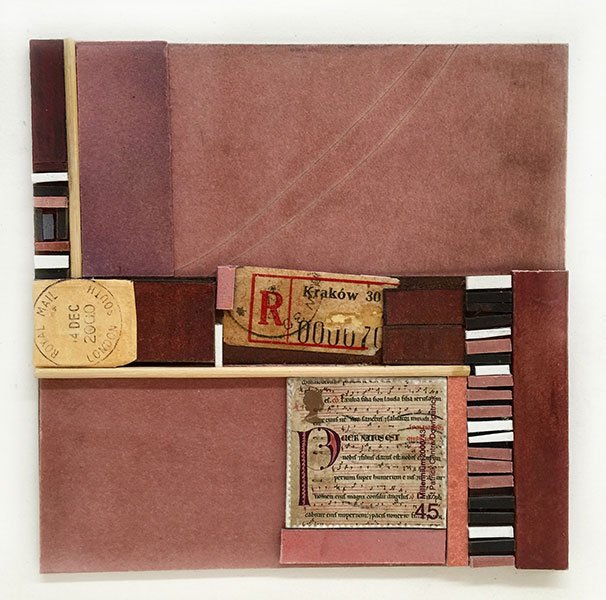 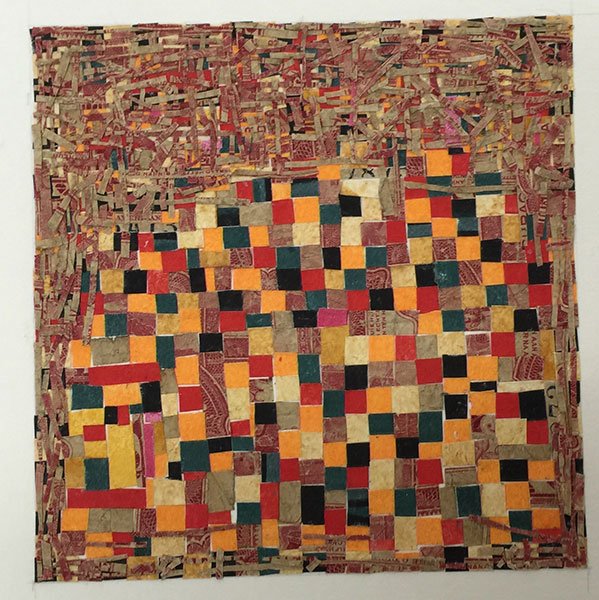 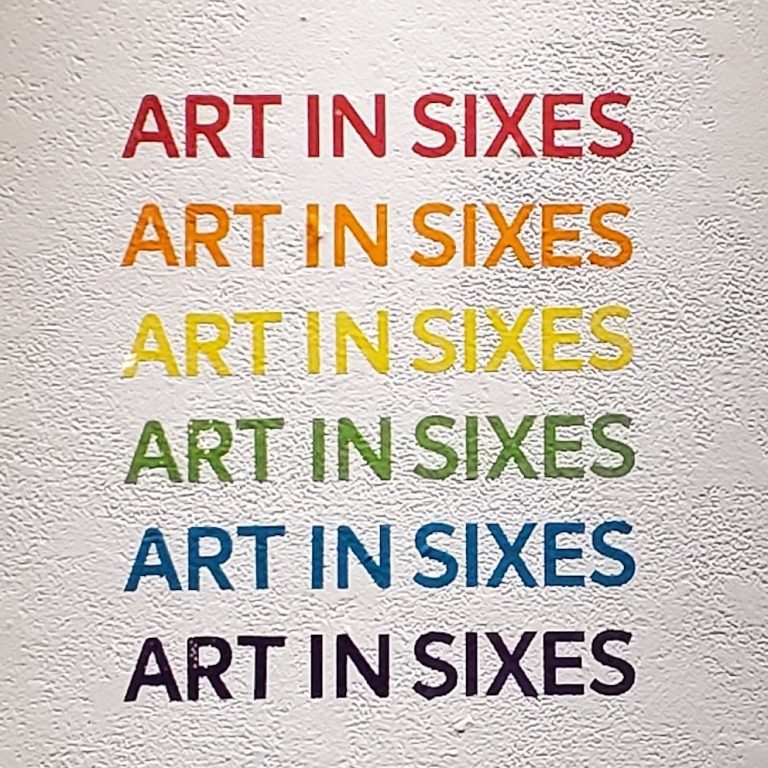