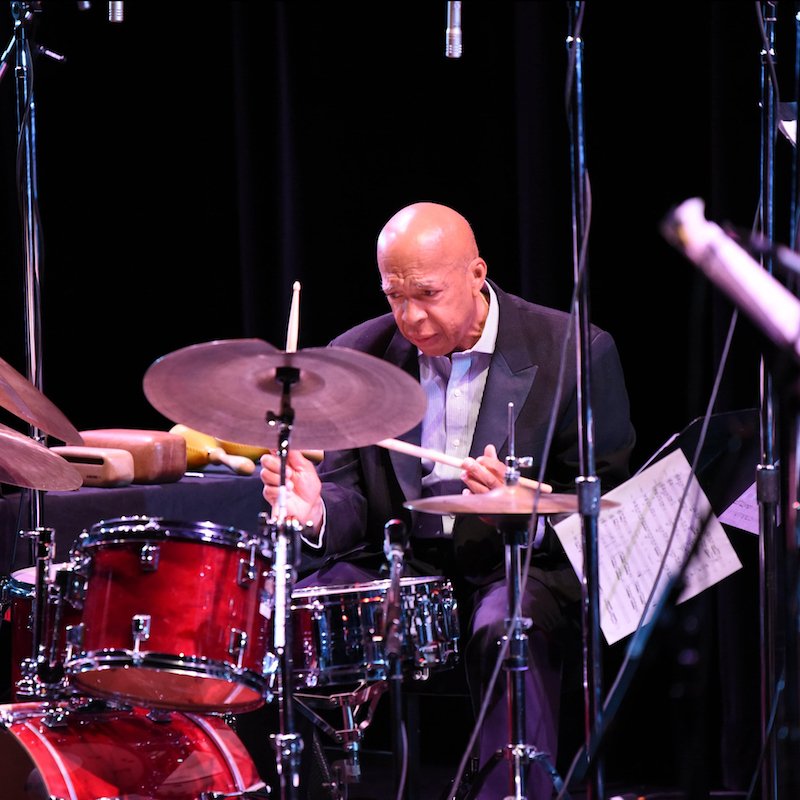 Join us on Saturday, April 30 (NEW DATE), at 2 pm with master percussionist, composer, and jazz professor Thurman Barker. He returns back to DVAA with his trio to amaze audiences with an afternoon filled with music, melody, and improvisation.

Thurman Barker grew up in Chicago during the early 1950’s. As a child he was exposed to R&B, doo-wop, soul, jazz, and blues music that later influenced his musical career that began at seventeen. He also served as a percussionist for the city’s Shubert Theatre throughout much of the 1960s. He played for numerous national touring productions, including “Hair,” “The Wiz,” “Grease,” “One Mo’Time” and “Ain’t Misbehavin’.”

This event will also be streamed live via DVAA’s Facebook page.

DVAA’s annual Salon Series is presented in person and streamed live. This year’s series will feature performances and events that focus on the concept of “building up” – the process of creative construction.