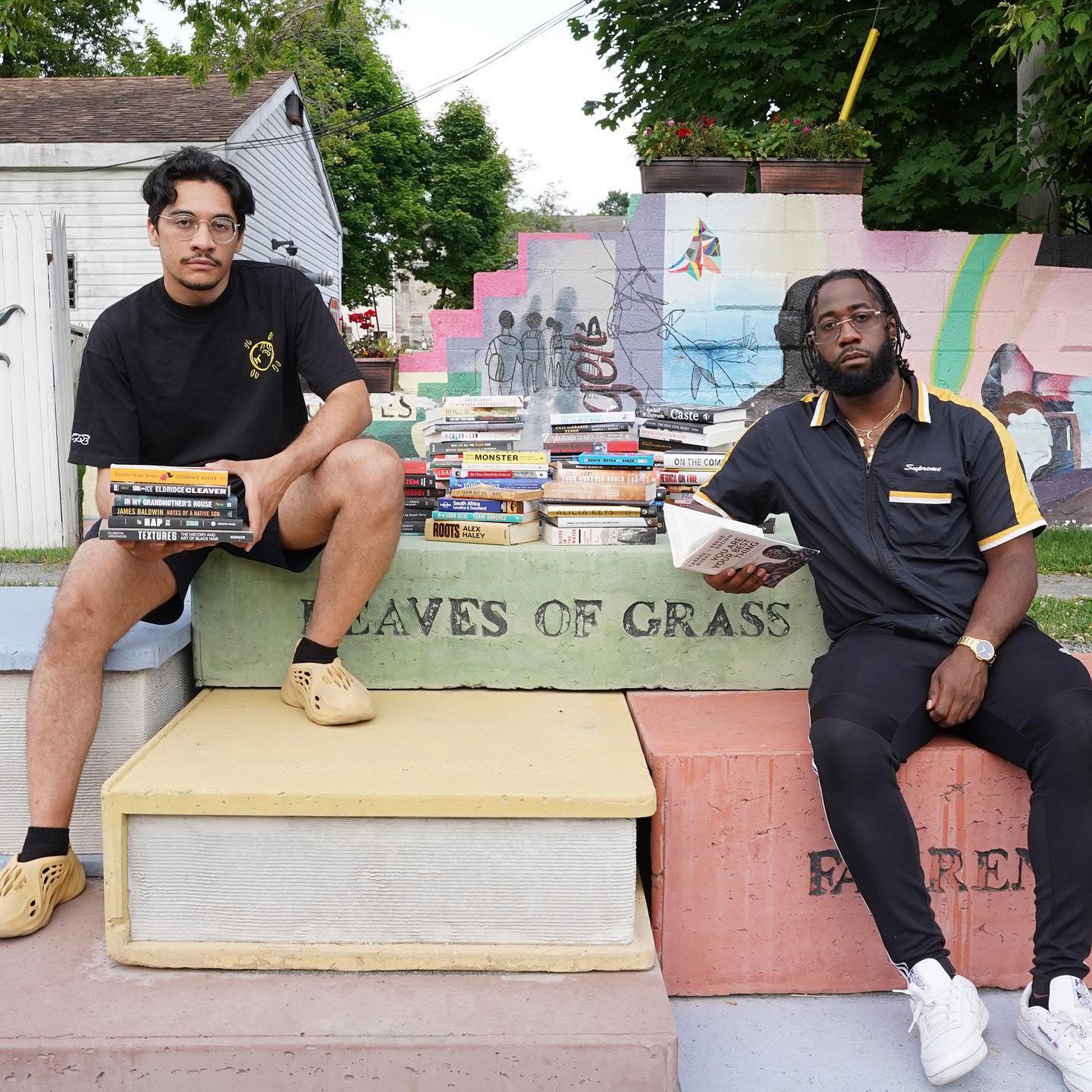 On Saturday, March 4th, at 2 PM, DVAA welcomes The Black Library to Krause Hall. Co-founders and artists Douglas Shindler and Michael Davis, will host an artist talk to share The Black Library’s mission as they seek to celebrate Black culture and history by creating a collaborative, creative, and educational space for the residents of Sullivan County, New York.

The Black Library will carry a diverse collection of books by Black authors, exhibit visual art by Black artists, offer educational workshops for children and adults, and host talks and community discussions. Welcoming local residents and visitors of all backgrounds, the project will promote greater understanding of Black history and culture, advocate for racial justice in Sullivan County and beyond, and act as an incubator for the next generation of local artists.

Douglas Shindler is a painter and photographer based in Sullivan County, New York. Shindler’s work addresses themes of violence, street life, sport, and community. His images center the underrepresented and the overlooked. His gestural impasto paintings with expressive and rich tones are narrative driven and focus on figures, their actions, and their stories, but also on dumpsters, cars, clothes, hydrants, and bikes. They take inspiration from hip hop lyrics and sayings from Black culture. Shindler’s large format photographic prints celebrate underrepresented people in rural places. The visual field becomes a home for those left out. Shindler has been a practicing artist since 2013.

Mike Davis is a Guyanese-American photographer based in Monticello, New York. Davis’ photographs capture moments of aggression, honesty, vulnerability, and strength. Imbuing subjects with a sense of heroism and overt power, he draws inspiration from old family photographs and new fashion trends to create colorful compositions of future yesteryears. Davis aims for energetic and immortal imagery that can preserve his culture and community for future generations. He has been a practicing artist since 2009.

About the Salon Series

This February, Delaware Valley Arts Alliance (DVAA) once again opens thedoors of Krause Recital Hall for an enriching 2023 Salon Series. In thegrand tradition of the “Salon,” DVAA invites the community to experience,learn, participate, and exchange ideas with artists, musicians, andstorytellers. This 6–part series will take place on select weekends fromFebruary through April and is entirely FREE.