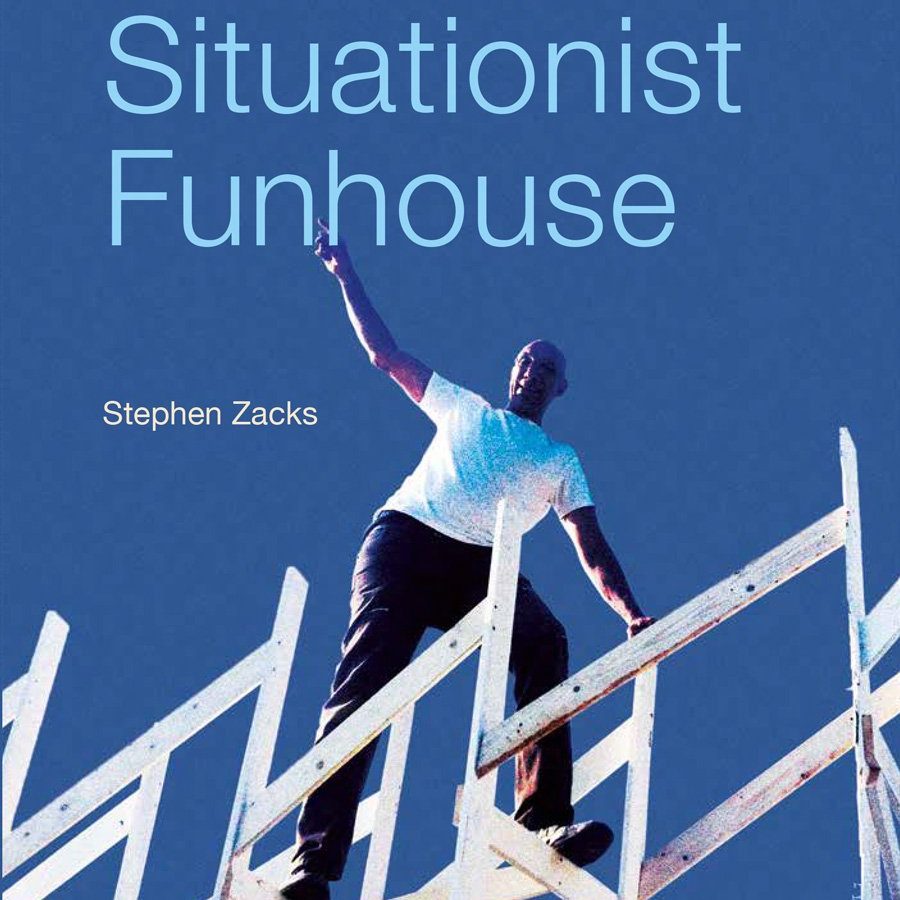 Join us on Saturday, April 9, at 2 pm for "Situationist Funhouse," a conversation featuring the artist G.H. Hovagimyan and curator Stephen Zacks.

Situationist Funhouse is a joyride through this history. The journey Stephen Zacks so meticulously documents and describes is not only an incredibly comprehensive ride through G.H.’s life work to date—Hovagimyan adopted G.H. as an acronym in the 1990s as a kind of gesture of personal rebirth and to ease others’ difficulty with his last name [pronounced ho-va-GIM-yan]—it also serves as a document that tracks a particular view on the alternative contemporary art scene of New York from the 1970s to the present day.

G.H. Hovagimyan is an absurdist, a strategist, a serial collaborator, and nothing short of a cultural icon in the world of contemporary art, particularly as it relates to how artists have adopted the digital technological tools of our times, adapting them in his work for a critique of art, popular culture, and social engagement.

Stephen Zacks is an advocacy journalist, architecture critic, urbanist, and organizer based in New York City. A graduate of Michigan State University and New School for Social Research with a bachelor’s degree in interdisciplinary humanities and a master’s in liberal studies, he founded Flint Public Art Project in 2011 and serves as president of the nonprofit Amplifier Inc., which promotes new conceptual frameworks and proven strategies to influence public policy and improve local and global governance. He has been published in the New York Times, Village Voice, Art in America, Abitare, L’Architecture d’Aujourd’hui, Dwell, the Architectural Review, Oculus, Landscape Architecture Magazine, Architectural Record, the Architect’s Newspaper, Brownstoner, Curbed, Monocle, Blueprint, Mic, Print, and Hyperallergic, and previously served as an editor at Metropolis. His projects have received awards from ArtPlace, Creative Capital, Warhol Foundation, National Endowment for the Arts, Graham Foundation, MacDowell Colony, and the New York State Council on the Arts.

A portion of this event will also be streamed live via DVAA’s Facebook page.

The Delaware Valley Arts Alliance is delighted to announce the return of its annual Salon Series presented in-person and live-streamed. This year’s series will feature performances and events that focus on the concept of “building up” – the process of creative construction