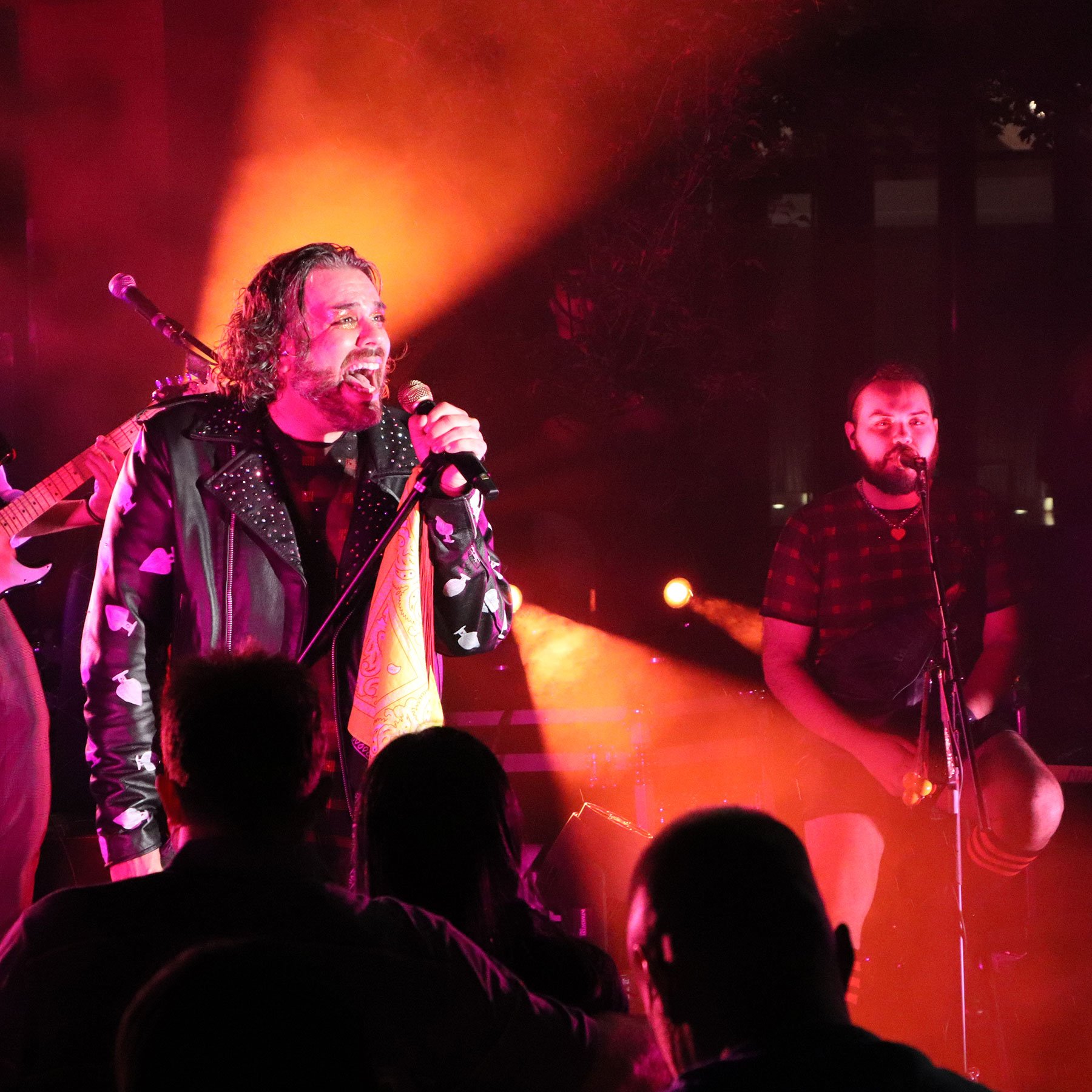 DVAA is excited to welcome ¡Oso Fabuloso & The Bear Backs! to the Tusten Theatre, Friday, June 24th, at 7:30 PM. Kicking off Pride Weekend's festivities with this rock-confessional musical, akin to Hedwig, but riskier.

¡Oso Fabuloso & The Bear Backs! tells the story of a queer Latine bear named Oso Fabuloso (C. Julian Jiménez), who has recently been dumped by a two-timing Daddy bear. In order to overcome his depression, Oso seeks the help of his therapist Dr. Calvo (P.K. Variance), who convinces him to use his gift of song to sing the blues away. Oso agrees to go on tour with his therapist/guitarist and his two best friends/backup singers, Gummy (Vasilios Leon) and Grizz (Joseph Distl), hoping it will cure him of his romantic woes!

ABOUT INTAR
INTAR is an organization committed since 1966 to the development of “theater arts without borders.” For decades INTAR has produced workshops and world premieres of plays, stage works and adaptations created by Latin playwrights and artists. INTAR commissions, develops and produces live theater works generated by Latin playwrights, composers, directors, choreographers and visual artists and assists early career U.S. Latin artists and producers in obtaining their first professional theater credits, union memberships and reviews in English language media.