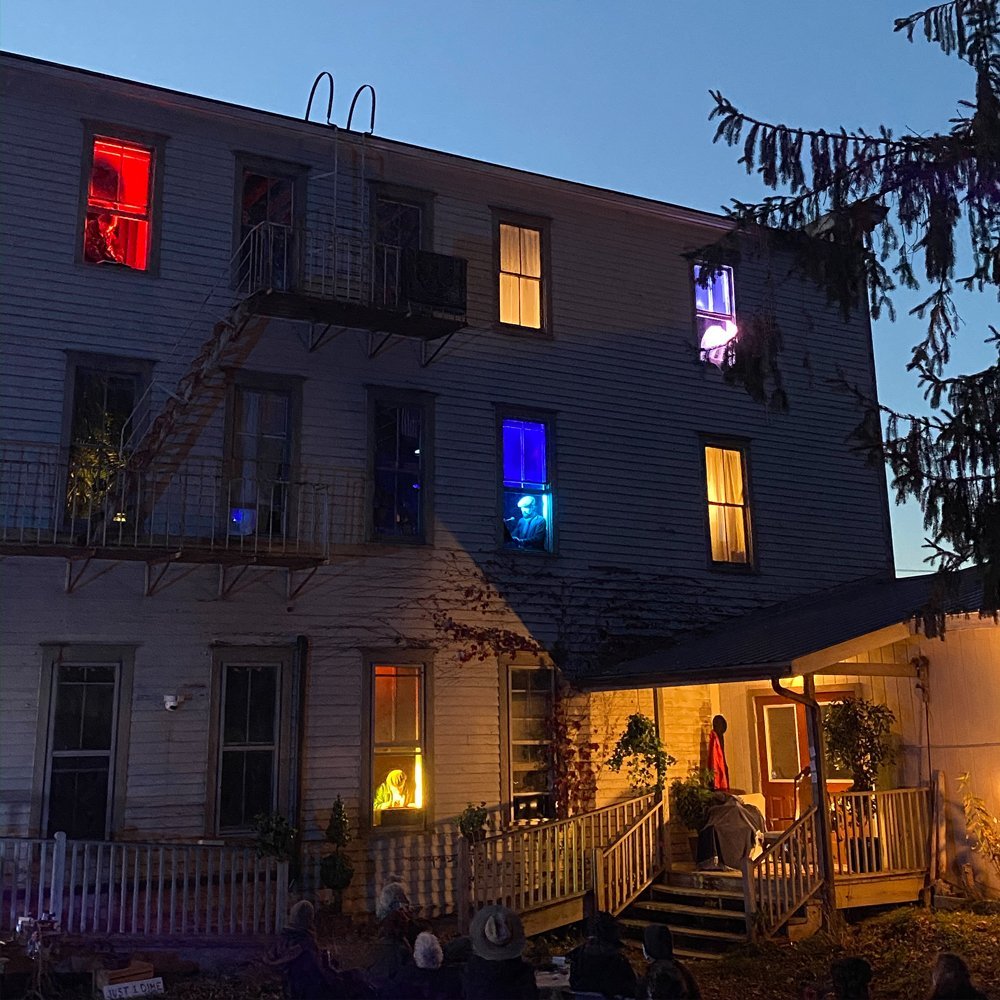 DVAA is excited to present a staged reading of CITY OF GHOSTS, an existential mystery play conceived & directed by Manon Manavit, co-written by Turner Roth. Inspired by Paul Auster’s novellas in The New York Trilogy, the play is an homage to New York City and the detective mystery genre.

“In this work, I am interested in truth-seeking as a cultural narrative, where we are each ‘detectives’ caught in the mystery of our own potential” states Manon Manavit. A Franco-American artist and theater maker from Asheville, North Carolina, Manavit’s early experiences performing in the Southern Appalachian Repertory Theater and Asheville Butoh Dance Company paved the way for a BFA in Theater at Concordia University in Montreal and an MFA in Directing from California Institute of the Arts. As founder of the Philly-based performance group {HTP} she wrote and directed several original works in historical sites. Her work continues as a freelance artist and educator in New York City and the Delaware River area, recently at the Bethel Woods Center and the Chi Hive Wellness Studio. She is an associate producer of the Deep Water Literary Festival, the 2019 NACL season, and member of the Farm Arts Collective ensemble.

Staged outdoors in DVAA’s back lot where seating will be spaced following NYS Phase 4 social distancing requirements and in the style of a pop-up “speak easy”, DVAA’s building exterior will serve as apartments, Central Park, and a seedy hotel where private eyes watch their subjects from the windows. CITY OF GHOSTS will feature James T. Majewski and Rishi Mukherjee, NYC-based actors and California Institute of the Arts alums, G. Oliver King known locally for his portrayals of Frederick Douglass and Dr. Martin Luther King Jr., Elizabeth Senja Spackman, recipient of a 2020 MAP Fund Theater Artist grant, Cecilia Parker, a student of Acting at New York University, and Pamela Scott Arnold, musician with local band ‘Beat the Devil.’ Jim Strong, experimental musician and curator of Philadelphia’s Vox Populi, will perform a live improvised score on his original instruments; wardrobe styling by Madame Fortuna of Narrowsburg, NY; and photography & graphic design by Jorge Colombo and Dani Case of Narrowsburg, NY.

Audiences are required to wear masks and encouraged to dress warmly. Concessions will be available by donation. Admission is $25/$20 for DVAA Members.