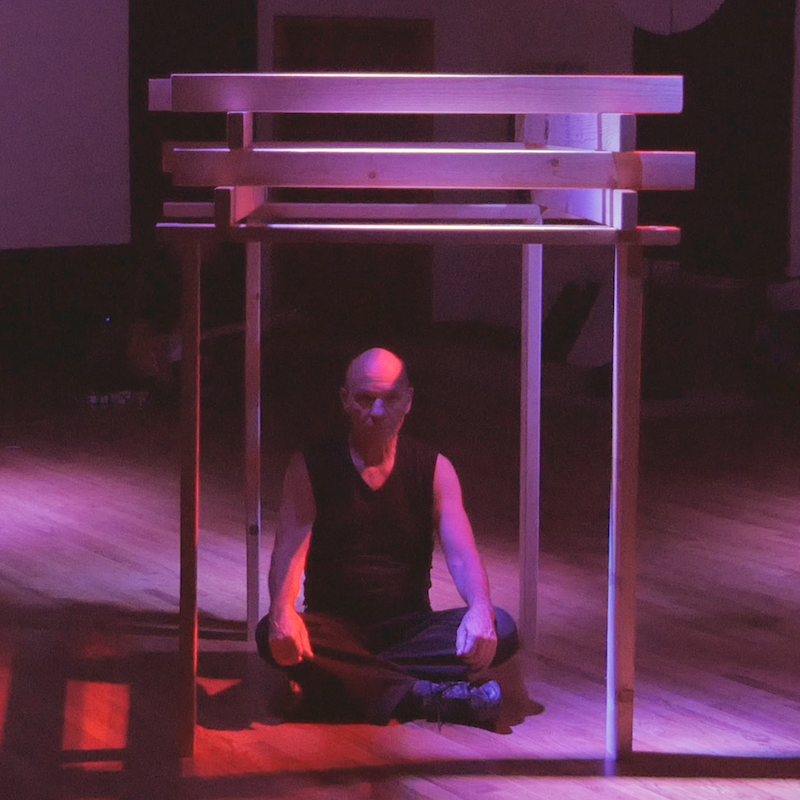 Join us on Saturday, February 12, at 2 pm for "2x2x4." This dance/movement duet led by dancer Charles Dennis and musician Sal Cataldi engages in creative play with wooden 2x4's by building and destroying structures along with creating landscapes he can dance through.

This performance coincides with the exhibition “For the Love of Wood,” a curated group show with Eric Baylin and Bo Stevens.

ABOUT THE PERFORMANCE ARTIST

Charles Dennis is an interdisciplinary artist, choreographer, director/producer, video cameraman/editor and proprietor of Charles Dennis Productions, a company that produces & distributes digital media content for artists and business clients. Charles has been an active participant in downtown New York dance and performance for over 40 years. In the 1970’s he performed in many of theater director Robert Wilson’s early works.

In 1979 Charles co-founded Performance Space 122, one of this country’s most active presenters of new dance and performance. He created and performed solo and large group community-oriented performances at P.S. 122 and other venues from 1980-2000, receiving numerous fellowships.  In 2000 Charles started Charles Dennis Productions where he works as a cameraman, editor, director and producer of digital media content for a host of clients. He also creates short films that explore the creative possibilities of digital video art.

This event will also be streamed live via DVAA’s Facebook page.

The Delaware Valley Arts Alliance is delighted to announce the return of its annual Salon Series presented in-person and live streamed. This year’s series will feature performances and events that focus on the concept of “building up” – the process of creative constructio